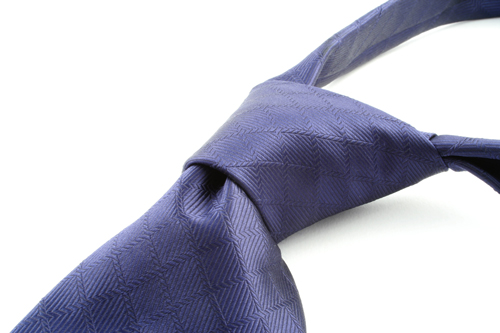 You know what I’m talking about:

“To all the real fathers holding it down, and the mothers who are also acting as fathers, Happy Father’s Day!”

This is entirely too tacky to me. If that offends you, my apologies that you’re offended, but I’m not apologizing for expressing this point of view.

On Mother’s Day, it is extremely rare to see fathers being acknowledged for being the sole parent in their children’s lives. I personally know several men who have sole custody of their children, and there’s not a mother in sight.

I grew up with a young lady whose father had sole custody of her and her sister, and he provided food, clothing and shelter, did their hair, attended their “tea parties,” talked to their teddy bears, sat through them making up his face and putting ribbons and bows in his hair, explained their menstrual cycles, bought their feminine hygiene products, gave them the “sex talk,” and all the other stuff a parent does when he has the singular responsibility of raising his children.

About a year ago, I met a man who was raising four children (one set of twins) after their mother simply ran off. When she left, all his children were three years old and under. He was working full-time and coaching basketball, and he showed me a picture of all four children lined up side-by-side in their car seats at the gym while he coached his team. He had to fight with his family to keep his children with him, because his mother and sisters all wanted him to allow the children to be separated between them. He refused.

And, what about the fathers who’d like to be “holding it down,” but some selfish woman won’t allow them to?

You know who that chick is.

She’s the one who uses her child as a pawn to manipulate the father.

He wants to see his child, but she won’t let him because she doesn’t think he’s offering her enough money. He wants to give what money he can, but she doesn’t accept the little he has to offer because by not taking it she thinks she has the right to keep him from seeing and/or talking to his child. Since she went through the labor, she thinks she holds all the cards, so she refuses to think of her child and the child’s need to interact with his/her father, and this chick tells anyone who will listen that her child’s father hasn’t come around or helped financially with the child’s upkeep.

Don’t think I’m not aware that there are men who aren’t taking care of their children. I know they exist.

However, there are mothers who are just as neglectful and selfish as dead-beat fathers, and we don’t have the same disclaimer on Mother’s Day:

“To all the real mothers holding it down, and the fathers who are also acting as mothers, Happy Mother’s Day!”

There may be some of you who go this route, but it is far, far, far less prevalent than this recent trend of singling out certain fathers from other fathers.

The fathers who are “holding it down” are going to get their recognition from those who know them personally. They’ll get the phone calls, the Father’s Day cards, the ties, the gift cards to Best Buy and Home Depot, the cake and ice cream, the dinner at the local buffet, the “thanks for being a good father” sex from their partner, etc.

The fathers who aren’t “holding it down” will get what they give; nothing.

That, in and of itself, totally negates the need for anyone to add insult to injury by declaring admiration for the real fathers.

When you say that, you also run the risk of hurting the children who see that and possibly think, “Here’s another reminder that my father doesn’t care about me or love me or think about me.” What’s even sadder is that they may not even know they think that way. They just know when they see that disclaimer they feel sad and hurt, but they can’t express where it’s coming from.

The way I see it is that dead-beat fathers (and mothers) should get no recognition at all, but they are given recognition when you make the point of highlighting the real parents. You give them recognition by pointing out that there are fathers who aren’t real, which is inaccurate on its face. I mean, if you help create a child, regardless of whether you’re providing support for that child, you are a father (or mother), if only in name.

who decides how much you have to do to be considered a real father? Did I miss the memo? Is there an analytic tool?

Happy Father’s Day to all fathers in general and to Carson Fields, Jr. in particular, who’s been married to my mother for over 42 years and helped her raise my older sister, me and my younger brother, plus our “adopted” brother, and who, during the early years that he and my mother were married, agreed to help my mother provide a home for many of her younger sisters and brothers. Happy Father’s Day, Daddy. I love you!